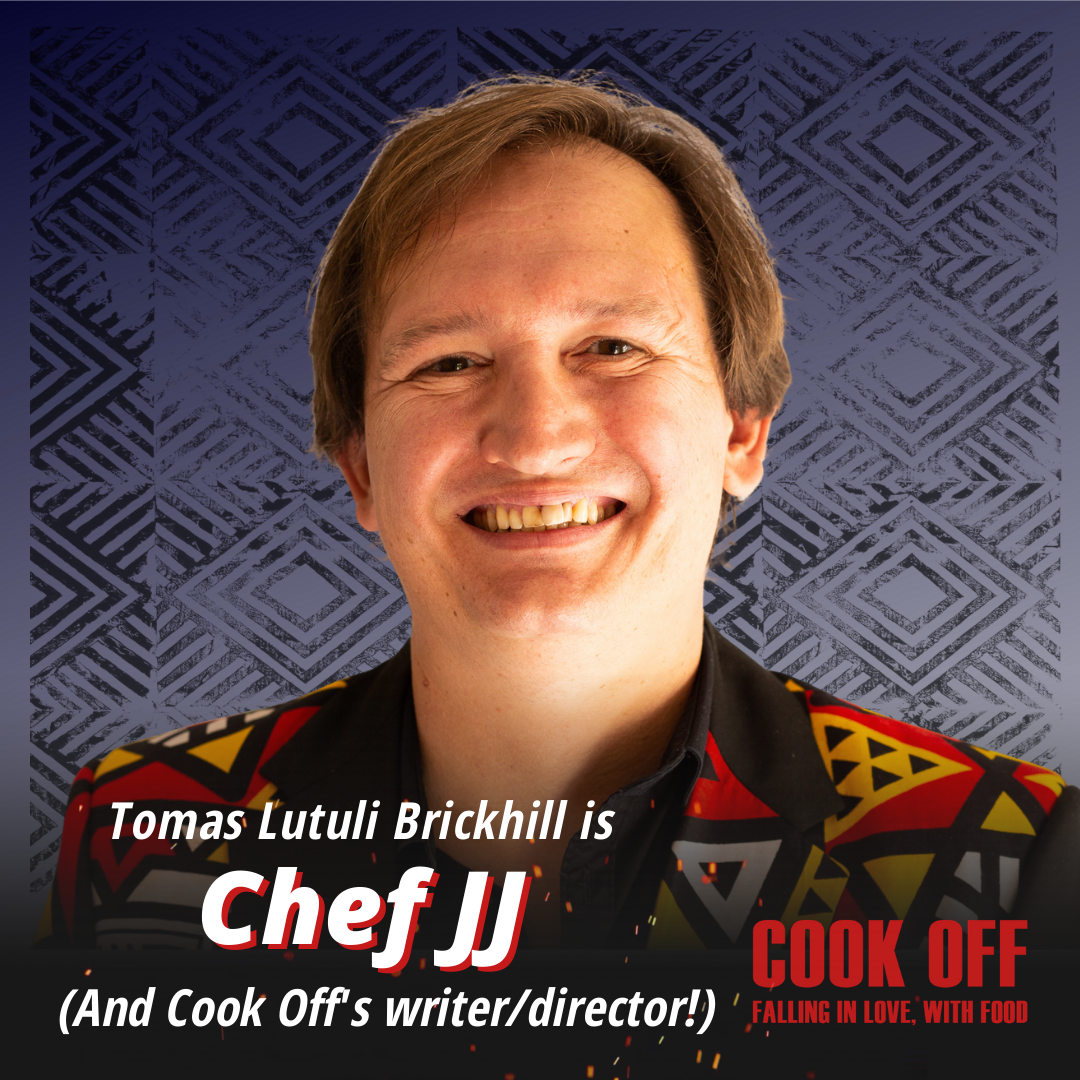 Tomas Lutuli Brickhill is Chef JJ, a confident and accomplished Battle of the Chefs competitor from Christon Bank.

The character was inspired by Tomas’ uncle Jeremy Brickhill who is himself an accomplished amateur chef, and although Tomas did not originally intend to play the role of JJ in the film, he was forced to step in last minute when the actor who had been cast in the role failed to turn up to set.

Tomas is also the writer and director of Cook Off – his feature film directorial debut – which is now available on all major digital platforms, after a successful run at over 15 international film festivals. Cook Off has won multiple awards, including Best Film and Best Actress at the 2019 NAMAs.
Tomas is an experienced filmmaker with broadcast credits in directing, camera, lighting, sound and editing. He was the director of Zimbabwe’s hit TV show ‘Battle of the Chefs’, and previously worked in film and television in the UK.Tomas also managed the legendary Book Cafe, Zimbabwe’s premier arts venue. Prior to management and programme roles at the Book Cafe, he ran its sister venue, the Mannenberg Jazz Club.

As a musician, Tomas fronts the ground-breaking mbira-punk band Chikwata.263, which blends traditional Zimbabwean rhythms with the energy of punk rock, and also features on the Cook Off soundtrack.