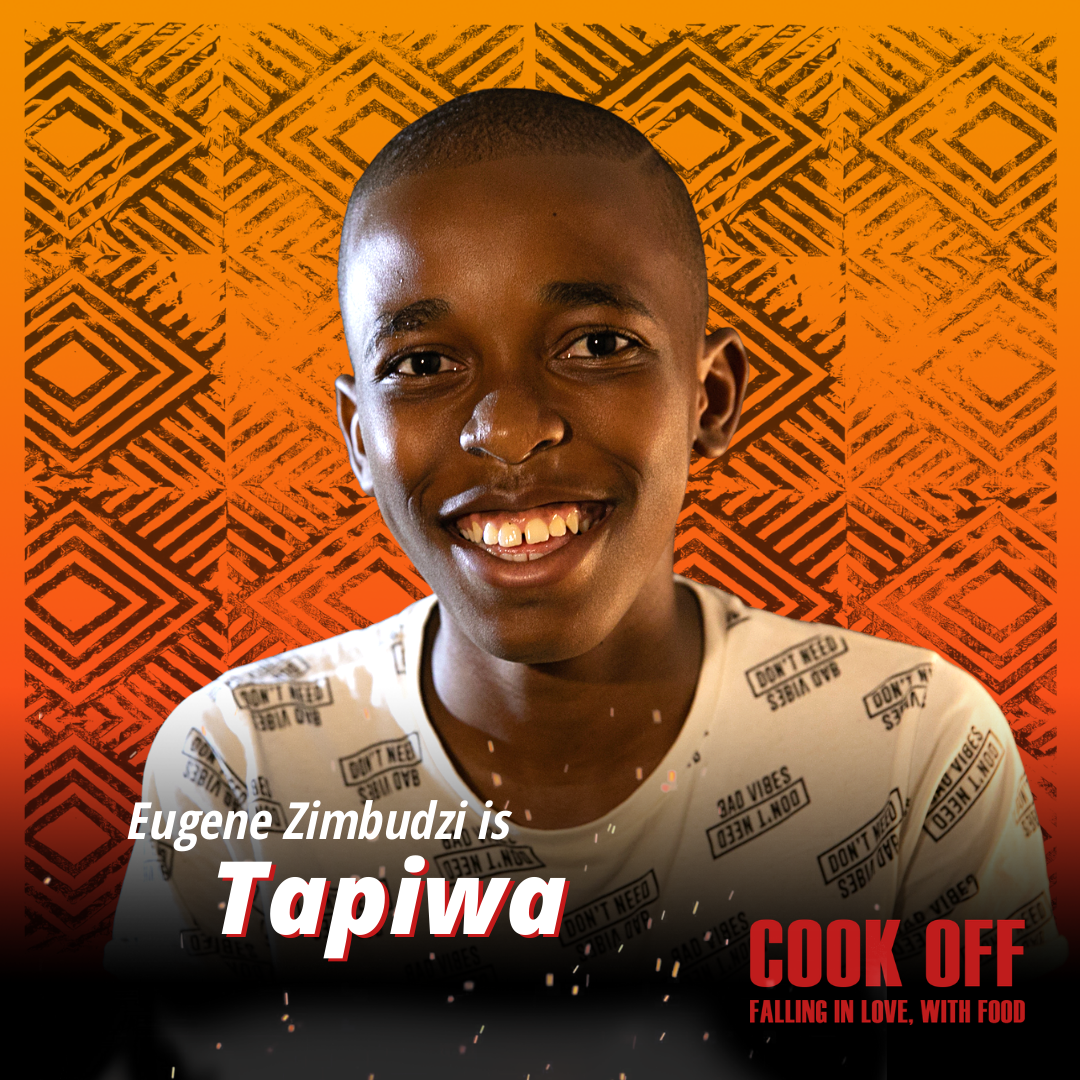 “I never thought I would be an actor, but here I am even my family is still in shock.”

Eugene Zimbudzi plays Tapiwa, the son of lead character Anesu. Now 14 years old, he was just 11 during the filming of Cook Off. He’s also a poet and commercial model. In fact, he’s since been selected to perform poetry at his school every Friday at assembly and he likes to use the art form to inspire other children at his school.

“After my mother encouraged me to do voiceovers and poetry, I started watching movies and practicing acting. I’ve always wanted to see myself on the big screen.”

His dream was to watch himself in movies and Cook Off made that dream come true.

He loves cooking breakfast, especially a delicious dish that he calls “hollandaise eggs” – he first learnt to cook them during the filming of @CookOffZim, watch out for a special scene with @trnguni, who plays Prince.

This quote by Albert Einstein is one of Eugene’s favourites: ‘Everybody is a genius. But if you judge a fish by its ability to climb a tree, it will live its whole life believing that it is stupid.’

“I really like this quote because it inspires me to wake up every day with the mind of a genius – I believe I can do everything that I can put mind to.”