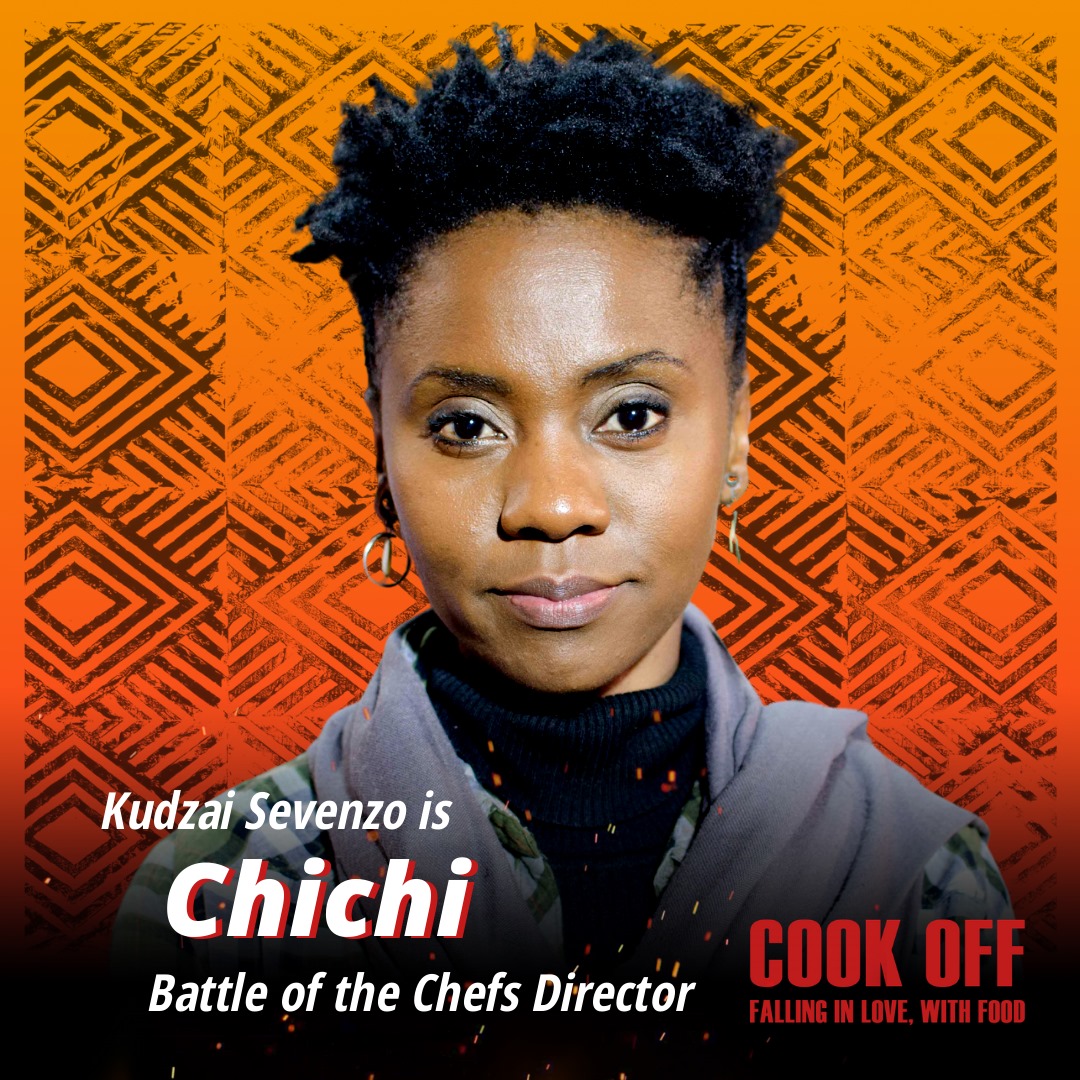 Kudzai Sevenzo plays Chiedza ‘Chichi’ Dzemoyo – the focused and straight-talking director of the Battle of Chefs television show within the film, who takes technical issues, contestant tantrums and managing her diva-ish presenter in her stride.

A versatile and multi-talented performer, Kudzai is also a singer, songwriter, playwright, director, radio and tv presenter, and voiceover artist. As an actress, Kudzai played a lead role in Rumbi Katedza’s film Playing Warriors and received an Africa Movie Academy Award nomination for her performance. She is an Almasi Arts Fellow and has directed performances in Almasi’s popular Staged Reading series. Her own play Under the Rubble was also showcased by the group.

Kudzai was born and raised in Harare, and began her musical career singing with Mhepo Jazz Band and the Celebration Choir. In 2004, she represented Zimbabwe in the M-Net talent show Project Fame, reaching the penultimate round with an original song. Her debut album ‘A Day like This’ fuses jazz and soul and she has performed across southern Africa and in Europe.Kudzai also anchored popular M-Net magazine show Studio 53, which saw her travelling the continent – a highlight was her interview with Liberian president Ellen Johnson Sirleaf, Africa’s first female head of state.