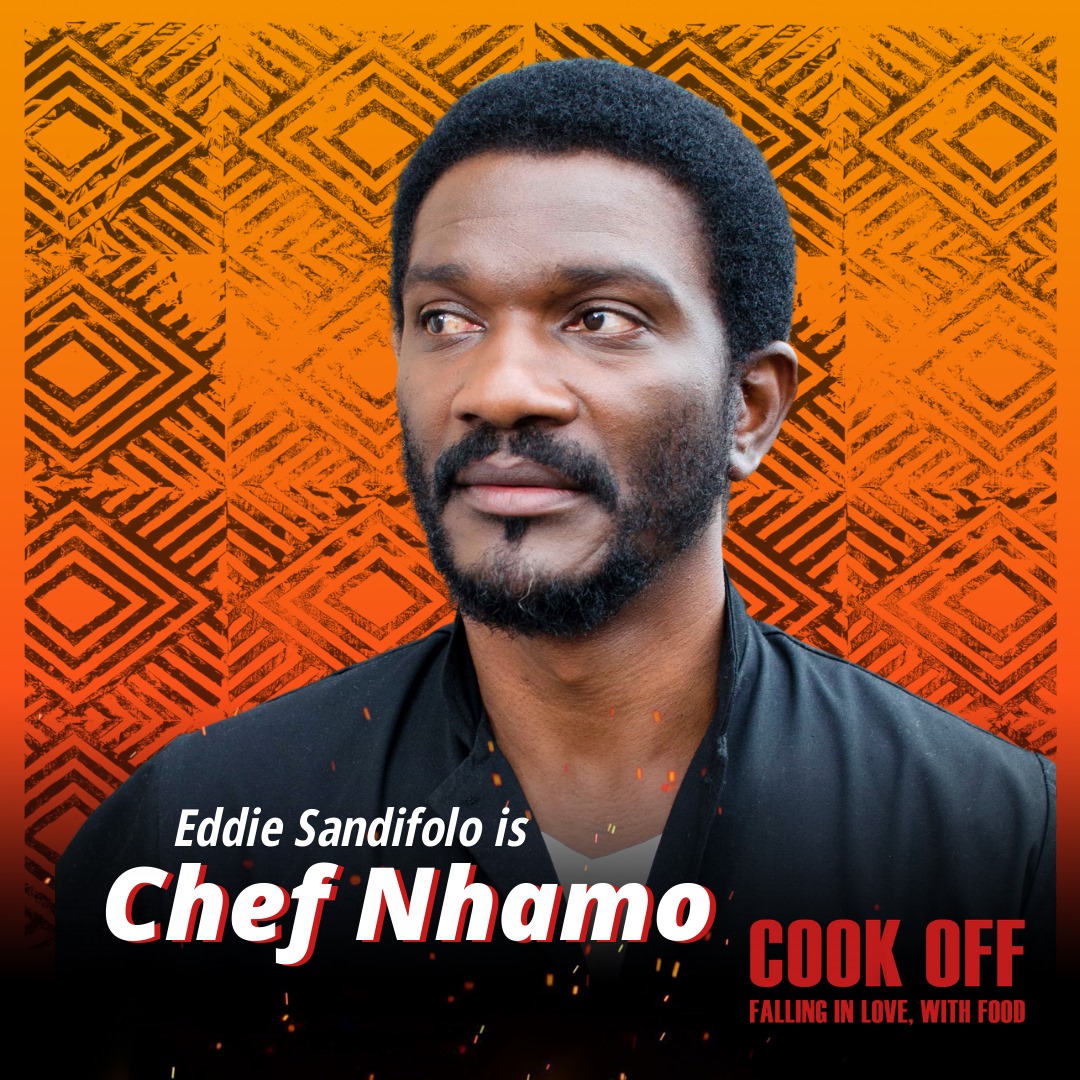 is Chef Nhamo, the reigning champion of the Battle of the Chefs cooking competition in the film. Chef Nhamo oozes a haughty confidence in the kitchen. He cooks, he wins!

Eddie is familiar to many Zimbabweans for his work in television and film, renowned both as a NAMA-winning actor and director. He’s known since he was a child that he was destined for the screen. “While I was growing up, all I could think of was acting. I am glad that I have managed to fulfil my childhood dream,” Eddie said in a recent interview.

Eddie’s first acting role was in the television drama Tiriparwendo in 2003. He has also appeared in several feature films in Zimbabwe including Escape, Something Nice from London, and the soon-to-be-released