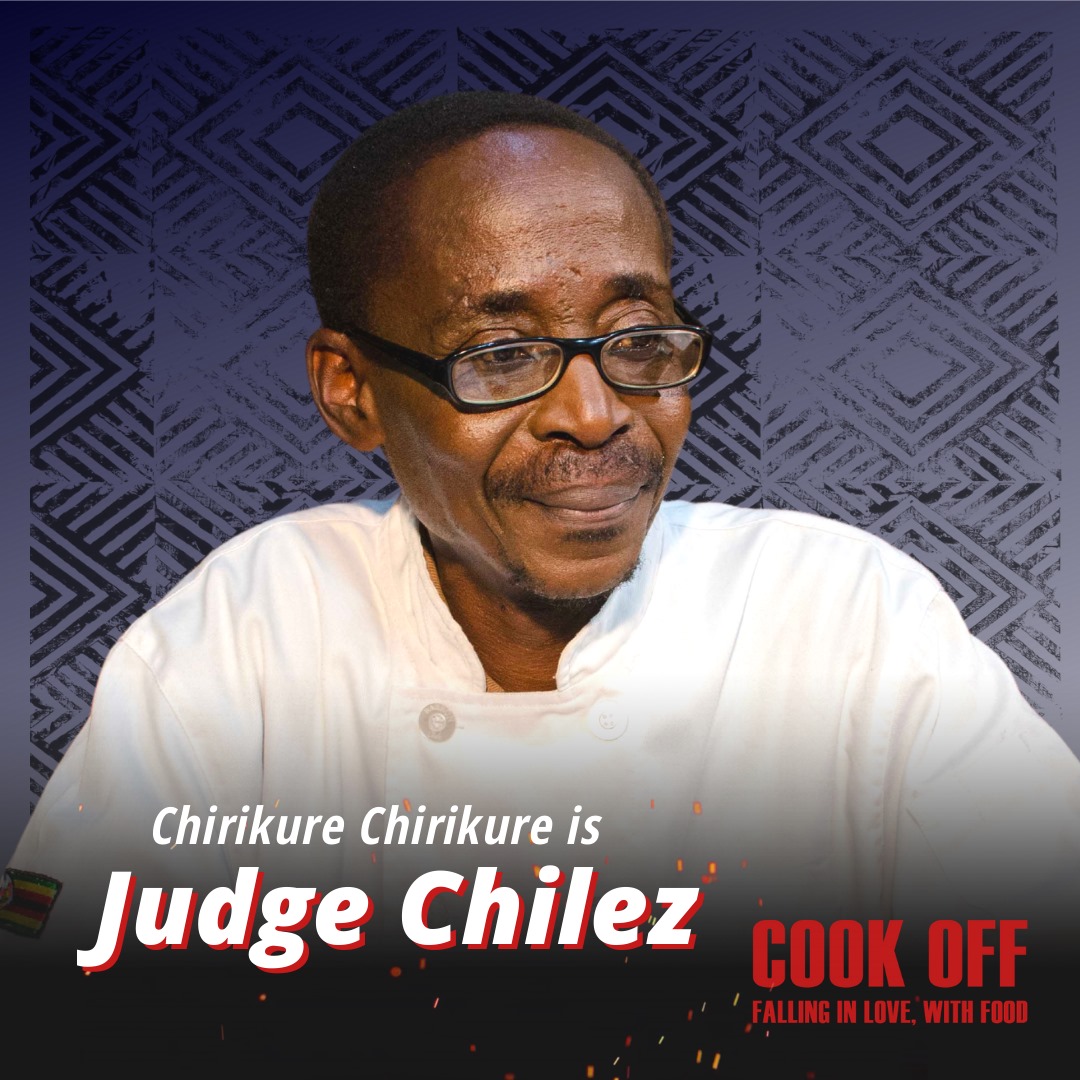 Chirikure Chirikure plays the flamboyant but firm Chilez ‘Chillies’ Mutongi, one of the feared judges in the Battle of the Chefs cooking competition who keeps his own personal focus on culinary technical excellence.

Chirikure is a living legend in the world of performance poetry in Zimbabwe. He has performed all over the world and published several award-winning volumes of poetry, including the acclaimed Hakurarwi – We Shall not Sleep. When not performing or writing, he is often strongly focused on the written word – Chirikure has been an editor and publisher for nearly 20 years and runs Harare’s top literary festival, LitFest.

But Chirikure is also a musician. Chirikure wrote lyrics for and performed with both Chiwoniso Maraire and Oliver Mtukudzi. With his long-time collaborator and fellow poet Albert Nyathi, he produced an album combining music and original poetry in Ndebele, Shona and English, and he still performs occasionally in a band alongside Okay Machisa and Steve Makoni.

Chirikure is always ready to try something new, and stepped into the role of acting as Judge Chilez with ‘Relish’.